Nataraja or Natraj is a depiction of the Hindu god Shiva as the cosmic dancer Koothan who performs his divine dance to destroy a weary universe and make preparations for god Brahma to start the process of creation. A Tamil concept, Shiva was first depicted as Nataraja in the famous Chola bronzes and sculptures of Chidambaram. The dance of Shiva in Tillai, the traditional name for Chidambaram, forms the motif for all the depictions of Shiva as Nataraja. He is also known as "Sabesan" which splits as "Sabayil aadum eesan" in Tamil which means "The Lord who dances on the dais". The form is present in most Shiva temples in South India, and is the main deity in the famous temple at Chidambaram.

The picture of Natraj which is made from Aluminium . It's very beautiful poses of Natraj. Its Size is 30".

The sculpture is usually made in bronze, with Shiva dancing in an aureole of flames, lifting his left leg (or in rare cases, the right leg) and balancing over a demon or dwarf (Apasmara) who symbolizes ignorance. It is a well known sculptural symbol in India and popularly used as a symbol of Indian culture. 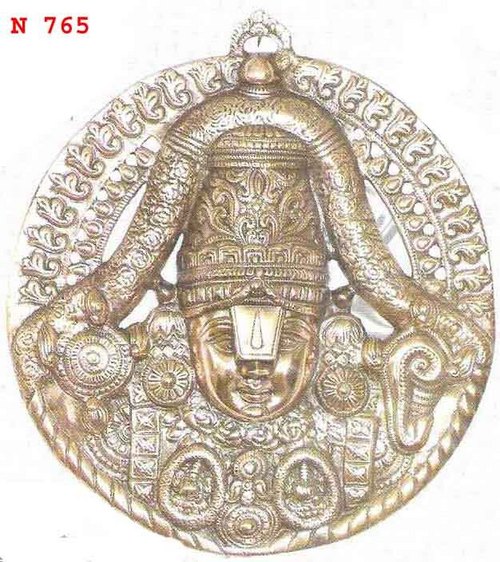